May you all be happy, well, content, channelling your energies in the right directions and relatively able to handle overstimulation.

May you be able to create the right internal conditions via external ones and daily practices and habits.  🙂

I have and occasionally continue to meet and work with such people, and hope to represent and be influenced by more.  Make friends too.  In fact in the future the Stealth Aspies company hopes to integrate such people into our shows.

I respect utterly the struggles and trials that brave parents go through.

I in no way, consider myself perfect or superior to any other autistic person.

As a buddhist I refer to myself as ‘autistic’,

in order to level my identity with all the rest of my kind. 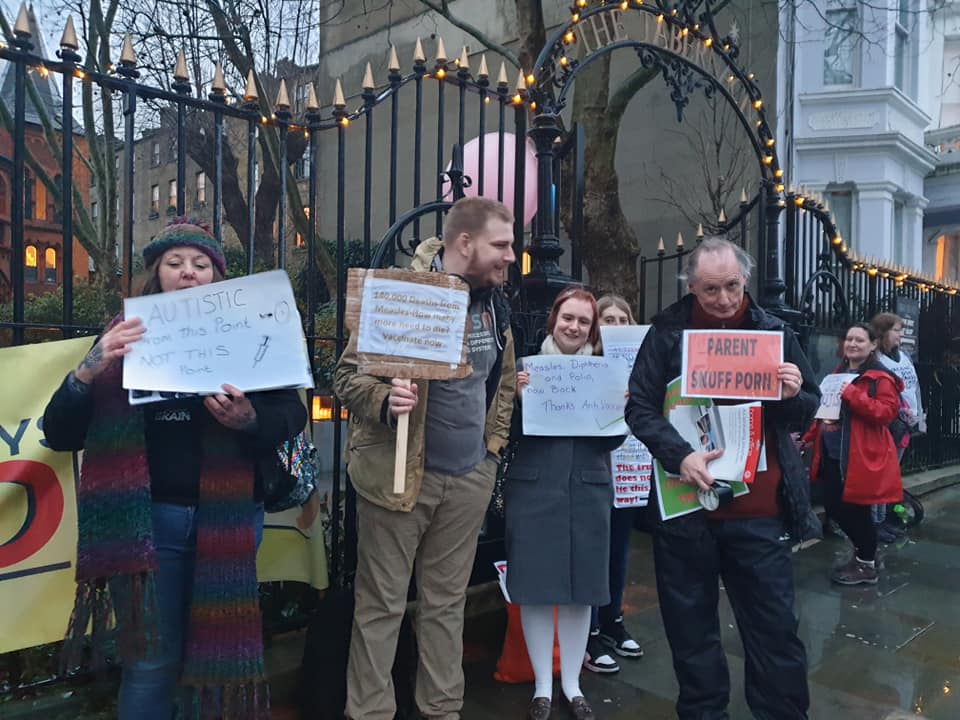 Outside of the Tabernacle venue, Westbourne Park on the 26th January 2020 with Emma Dalmayne’s AIM group protest.

A Link to the AIM group’s activism and campaigning right HERE.

(One issue raised in the podcast is when exactly, Tommey started the Autism File Magazine.  An excuse to print literally any ideas about the term autism she and her people fancy projecting upon it.  Things can get rather odd inside.  I found it a bit tricky to get an exact date and said in my Podcast it was 1998, although I now have a date of 1999 which would assume it was all going on whilst Wakefield was being considered by the British Medical Council before they struck him off).

I also made a sign with PARANOID CONSPIRACY THEORY MEDICAL SCIENCE FICTION ON IT, a term I coined during my write up of their first bizarre film which you can find on my site HERE. 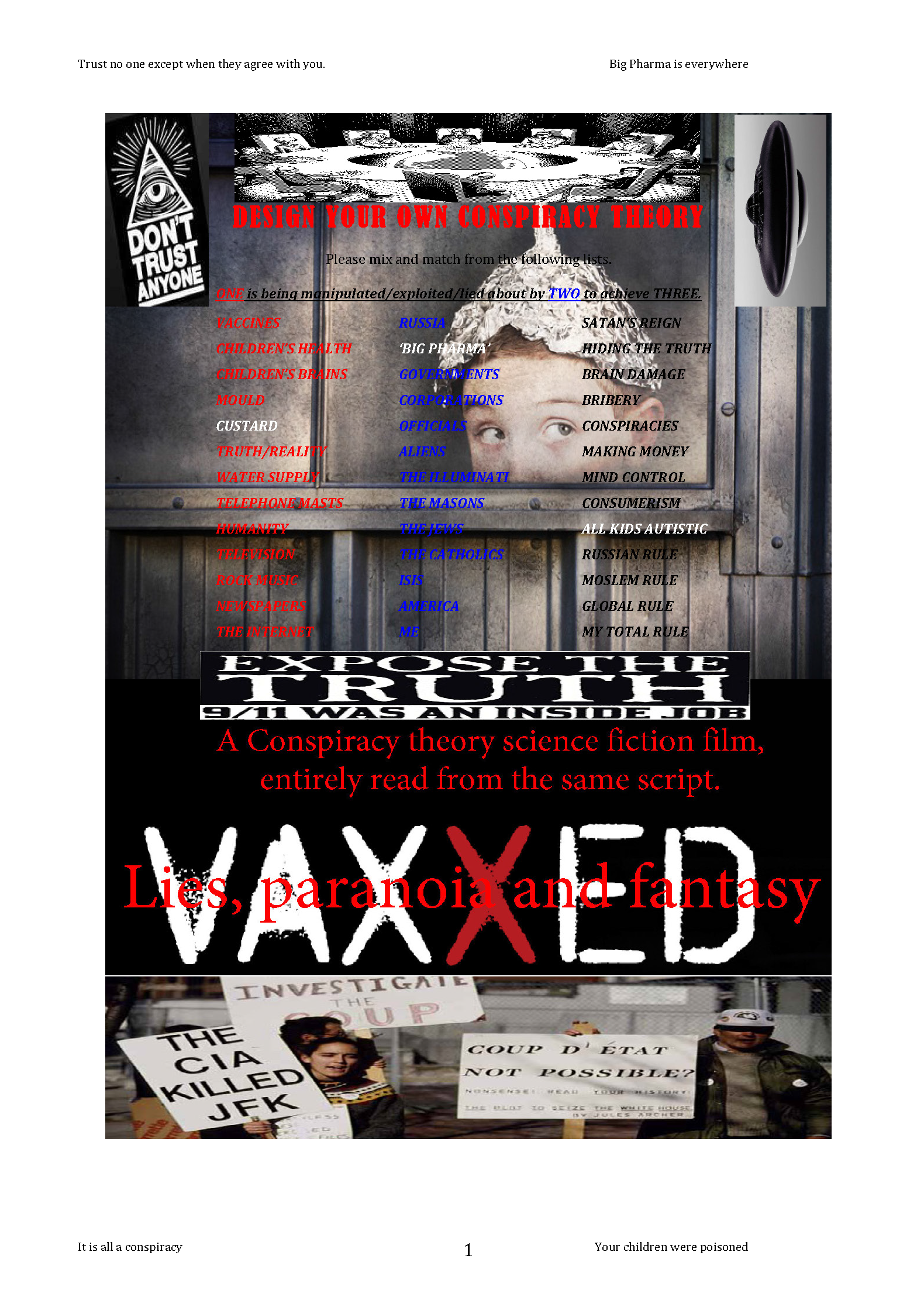 Available from all the best bizarre and occult bookshops, such as Watkins in Charing Cross (really), and all the other ones I could find that take work like mine. Just have a nose around. Best one was News From Nowhere in Liverpool. So proud to get one in there. 🙂

Or upon the mighty Amazon, again with a badge and signed by me:
Signed book with badge upon Amazon

CLICK ON HERE OR SCROLL DOWN ON HERE FOR THE LINK TO MY EBAY.  LOOK FOR THE BIG FRIDGE MAGNET..

What have I been up to? 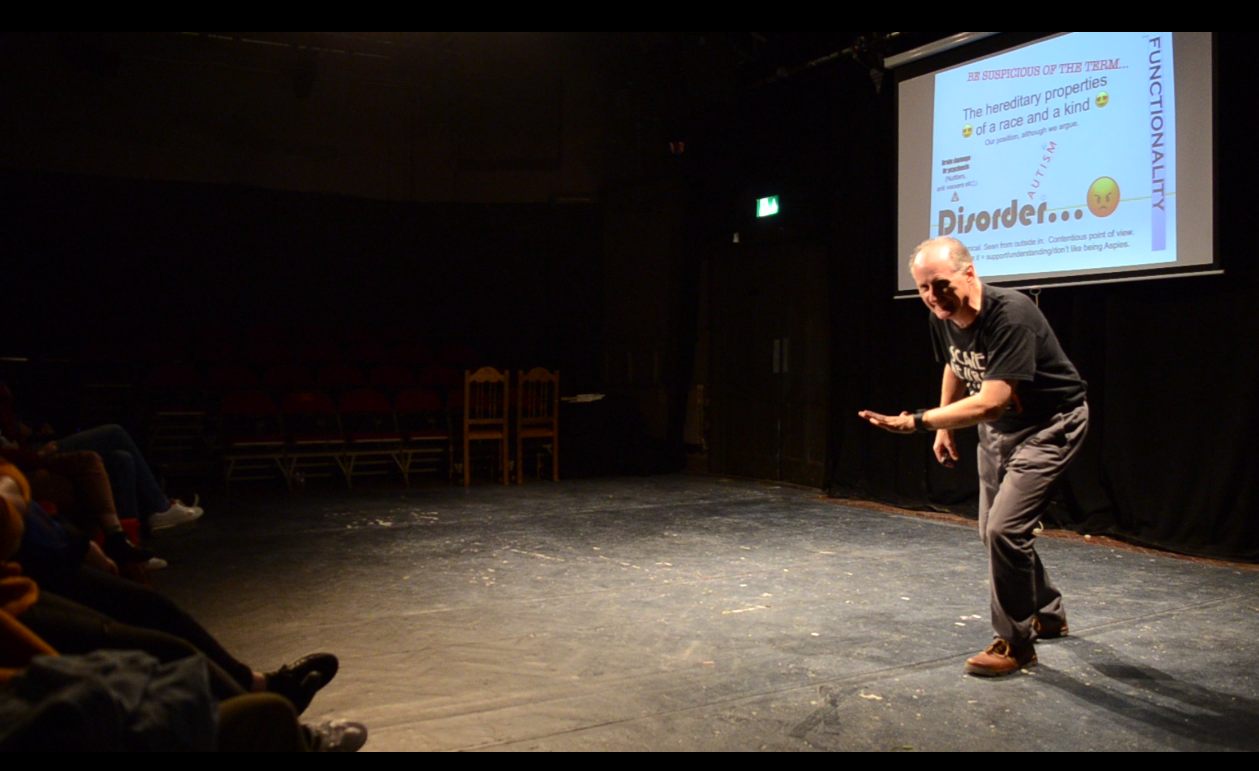 Theatro Technis  in Camden Town hosted a one and a hour long version of my show in September.  Thank you to everyone who came.  Had a great time doing it.  The Anti Nowhere League said they judged how well their shows had gone by how much sweat they were covered in.  I got a good glow on this one.

Camden has long been the mythical home of sub culture for me and although I left it all behind a long time ago, it was a buzz to actually perform there.  Theatro Technis is right by Mornington Crescent station but I was able to walk up Camden High Street after the performance and travel back in time a little to when I first visited the place in 1986.

I also managed to make an hour and a half long film of most of the show.  Not sure what to do with it but some will appear here. 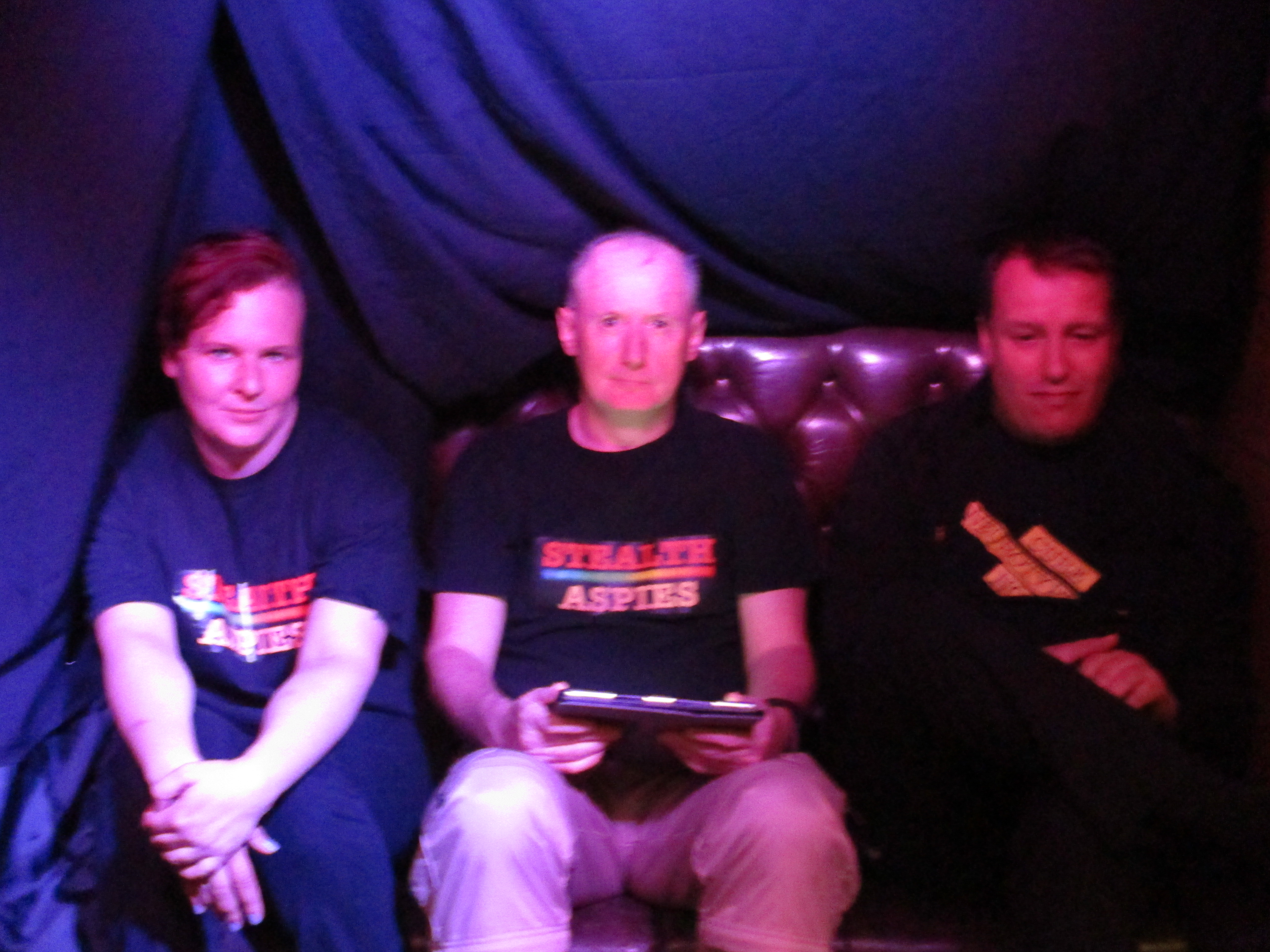 Stealth Aspies with the Aspies Annonymous set (upgraded with some new pieces) and the wonderful Serin Thomasin played Finnegan’s Wake bar during the festival.  A fine time we had too.  Great to see old friends and make new ones. Alain and Paul performed as well.

GUERILLA ASPIES was back with the Not an Autistic Puppet Show, year five performance.

This was from the start of the year. 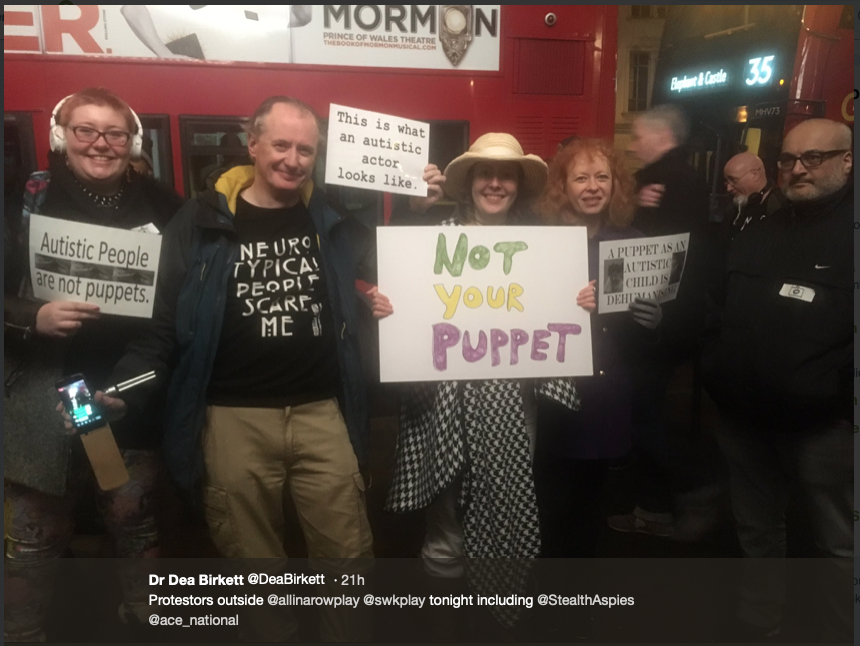 #PUPPETGATE:  The curious incident of the All in a Row play at the Southwark Playhouse.

On monday the 18th of February at 5:30pm onwards, I organised a protest outside of the Southwark Playhouse for the play All in a Row, which is to be found here.  Dr Shaun May saw the show and reviews it here.

The staff kindly brought us out all a big tray of tea with milk, and about a dozen of us had a jolly time on the pavement for two hours.  The press came that night and mentioned the protest in their copy thereafter. So this was something of a first.  Community members coming together to stand for something.  All this from a post from a pal I noticed online.  (Check #PuppetGate and @AllInaRowReview).

A petition has to date passed the 16.000 signature mark and is heading for more. (Yes it is here on the link)  It is work looking up just to read the occasional comments.  Dehumanisation, tokenism and patronise are all mentioned.  The symbolism of such a person being reduced to a manipulated mannequin, otherwise non human and animal like, feature as well.

Anyone saying that it has been criticised for using a puppet to play an 11 year old non verbal and aggressive autistic boy alone and is not being given a chance to be seen or considered, clearly has no idea of the simple issue of using a puppet to stand in for an actually autistic actor, or the dehumanising use of a puppet to play an autistic person.  (The writer stated that he did not think anyone on the spectrum could play the part).  It turned out as you will read in Shaun’s review, that there were far more issues involved in the production.

The reviews are worth looking up as well.

The Spectator magazine printed a bizarre article called THE DANGER OF NEURODIVERSITY.

I wrote a complaint to the IPCO press Commission.  The response was that the Spectator article fell outside their very specific remits.  A write up of this issue is coming.

This seemed to me to be the first attempt in a global magazine and the main stream press, to incite hatred against autistic self advocates.  Panned and dismissed, it nonetheless constituted the first acknowledgement that a sub culture of autistic people had become so successful in self representation that people actually started protesting against their free will and expert knowledge to represent their own kind.  As if it was a step backwards to have people representing themselves.  This sort of anti thinking is not restricted to The Spectator.  The complaint was not successful as the Spectator are clever like that.  However, this is all far from over. 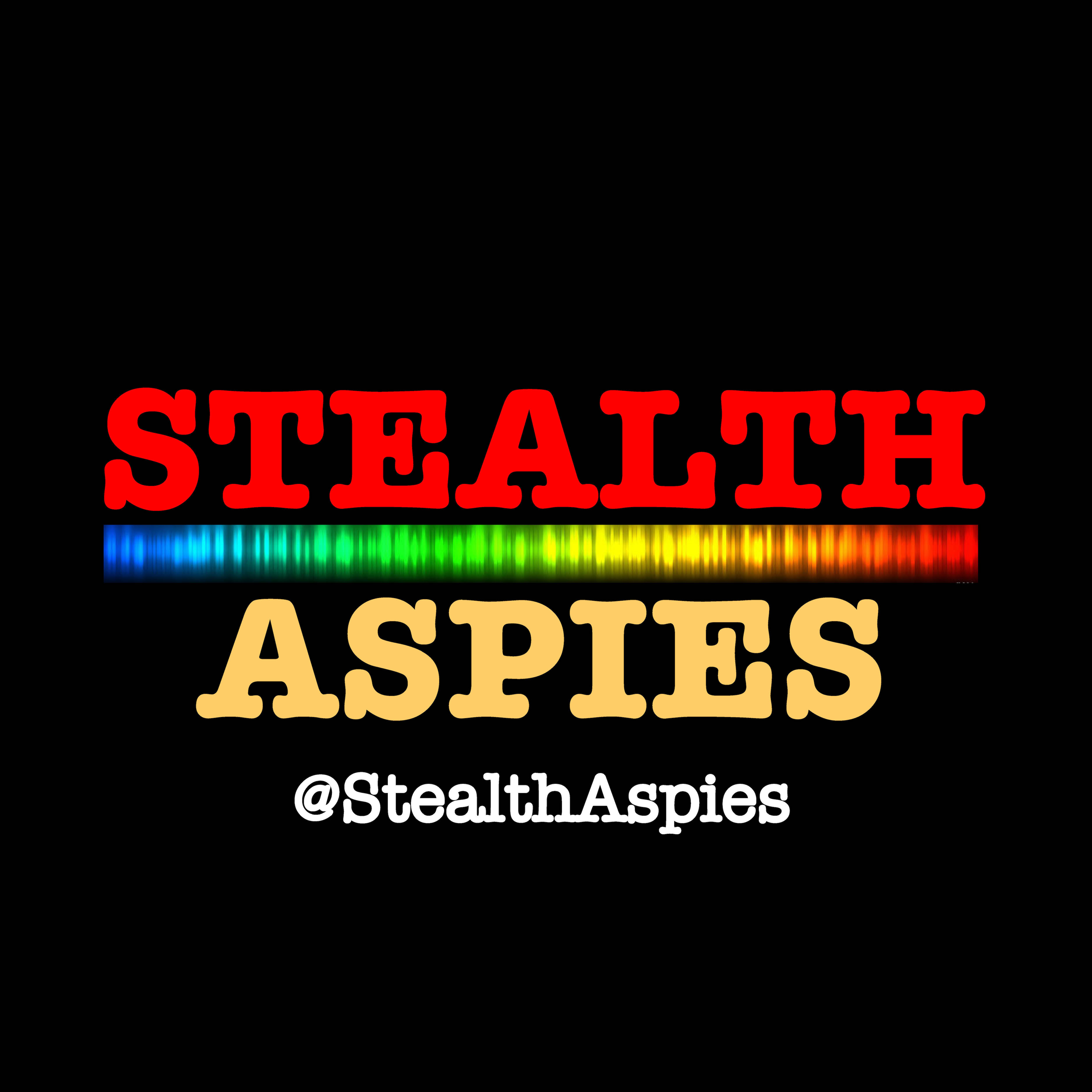 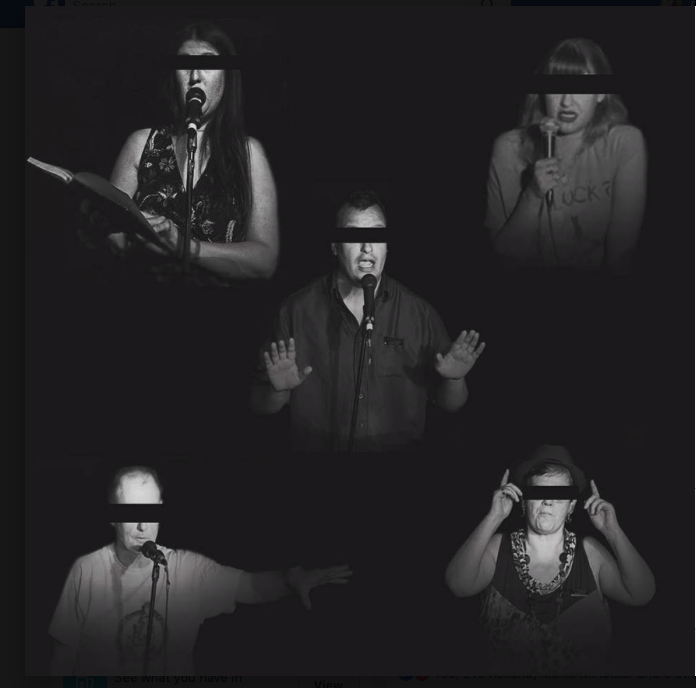 Stealth Aspies are go for our third year.

Everyone of us an artistic director and equal partner, the autistic performance collective now has Arts Council of GB funding and will be doing a min tour in 2019.  If you want to see us, contact us via stealthaspes@gmail.com and we can come play for you.  It is an honour to work with everyone.

ON THE EDINBURGH FRINGE,

We had a great time.  Emma Robdale and Chris Pike make unique contributions with their writing.

Janine never made it but her poetry and writing sold out.

Thank you to everyone who came and met us and made friends. 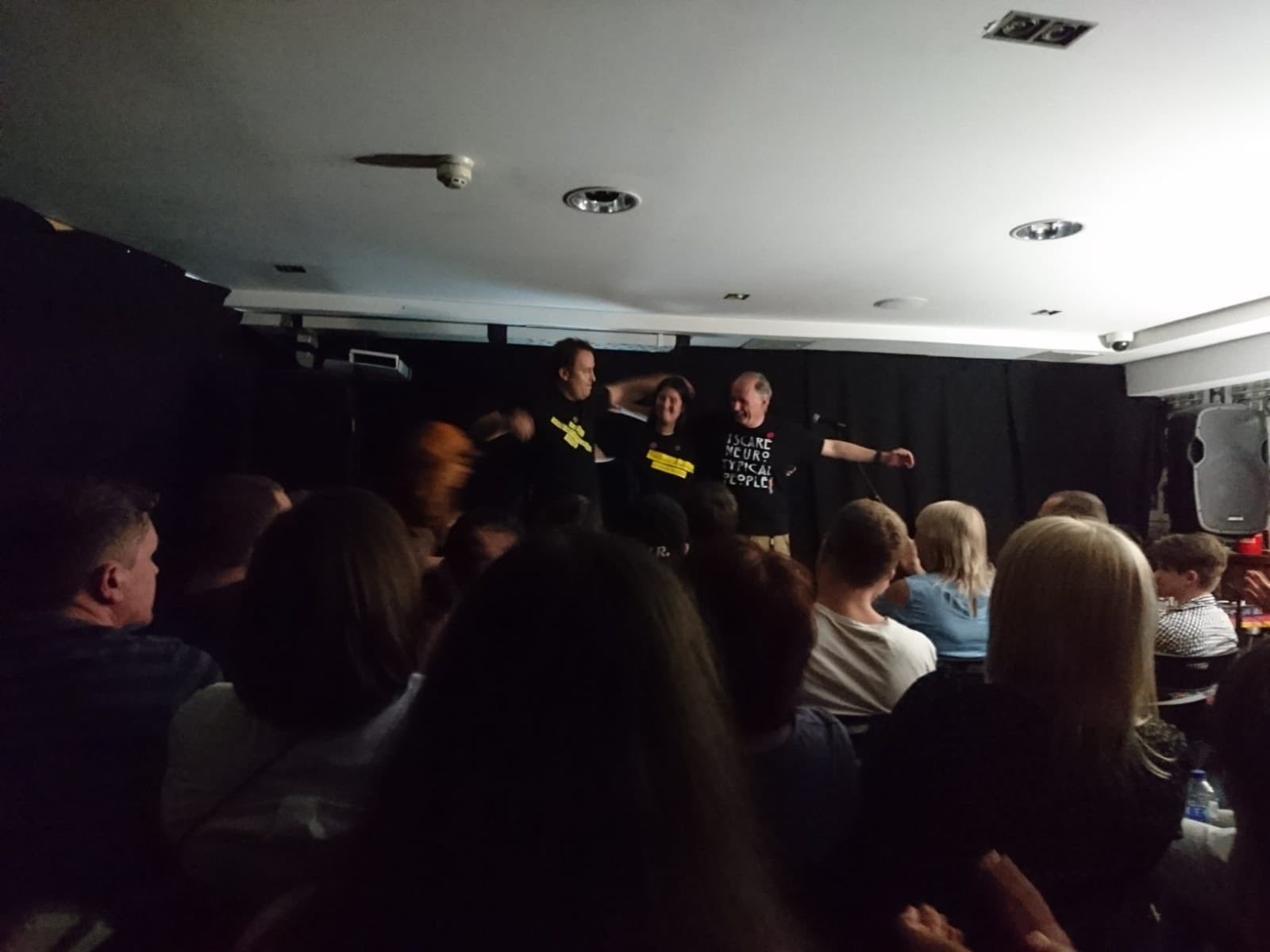 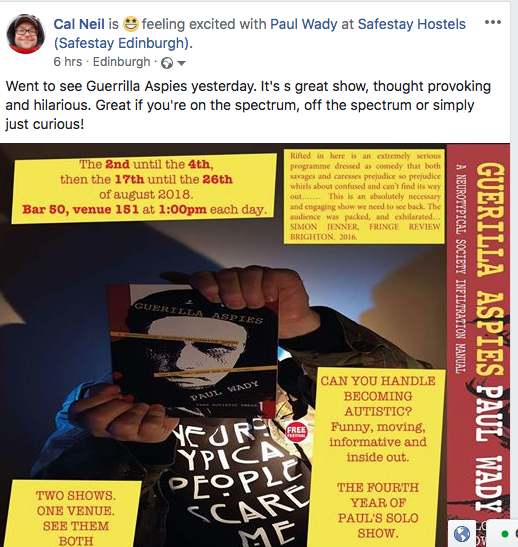 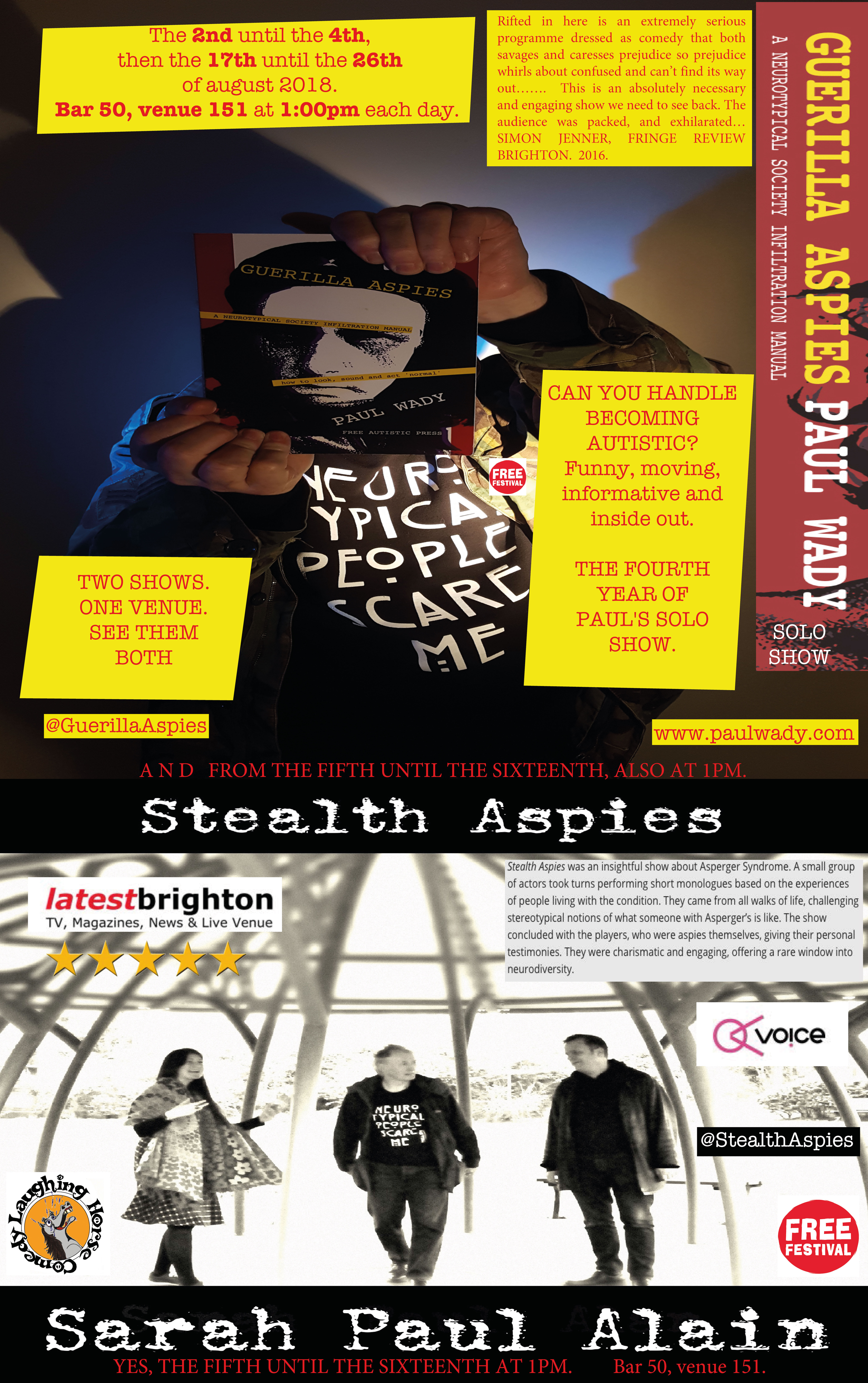 Yes, back again.  Same Bat time, same Bat venue.  Alain, Sarah, Emma and all being well Chris are joining me as Janine cannot make it this year (but her poems feature mightily).  I’ve done two shows of my solo show so far and its been brilliant.  Bucket shows so no tickets necessary.  Just turn up and hope to get a seat.

FILM WITH SOUNDTRACK – MY RISE OF THE GUERILLA ASPIES TALK HERE 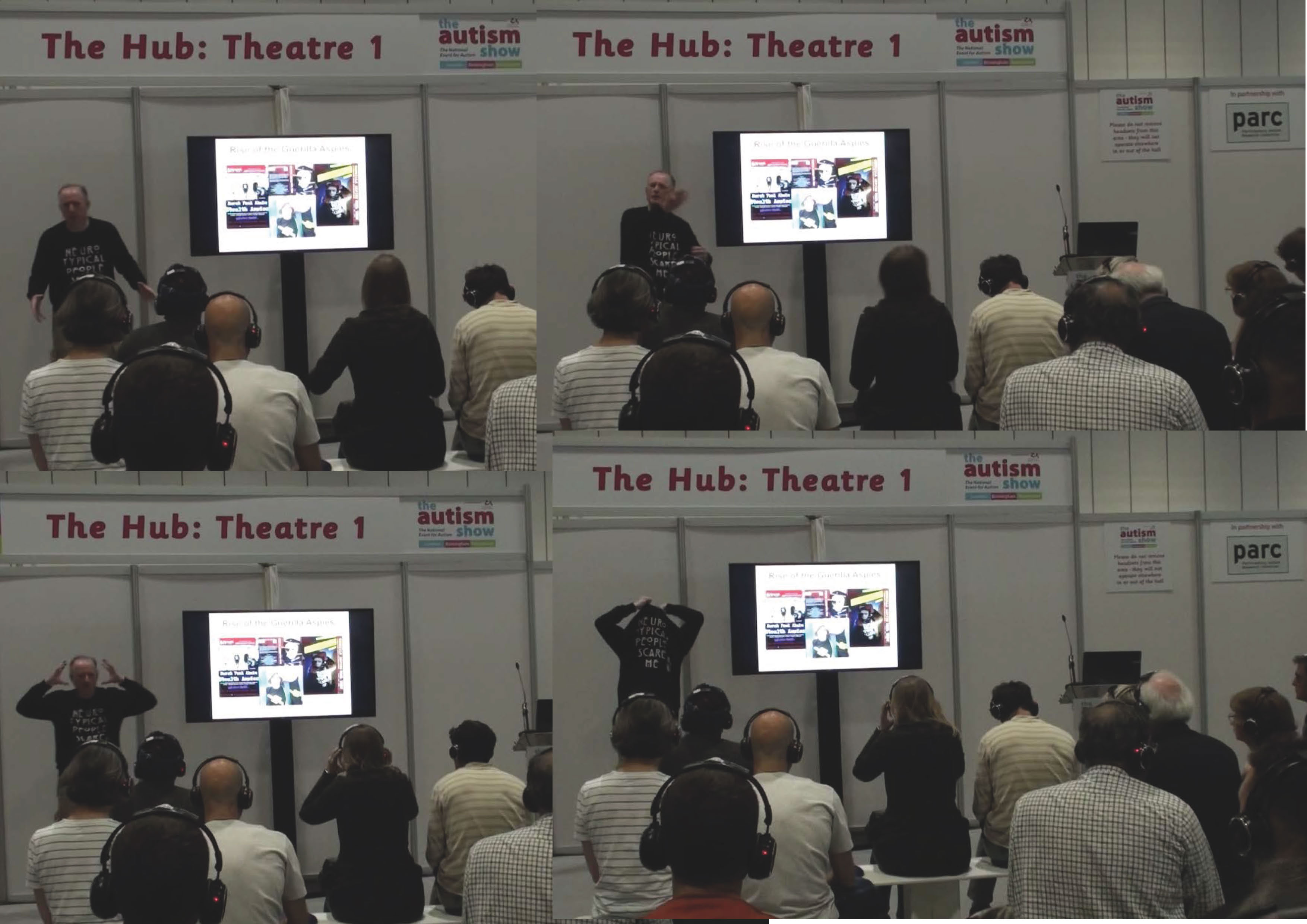 I’m on the Autism Shows in London, Birmingham and Manchester.  Click on the picture and this link.

HERE IS MY TALK  In PowerPoint format. (Slightly dodgy).

WE GOT A FIVE STAR REVIEW. 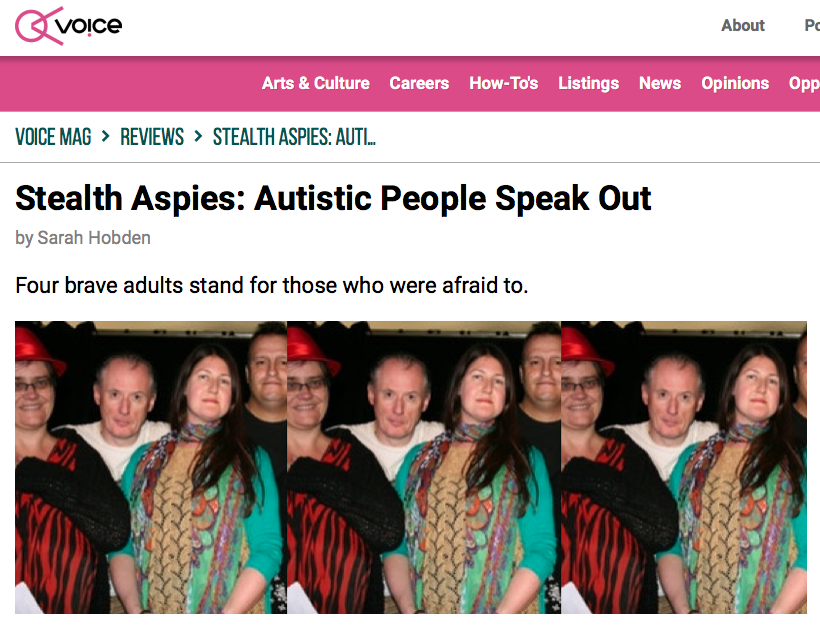 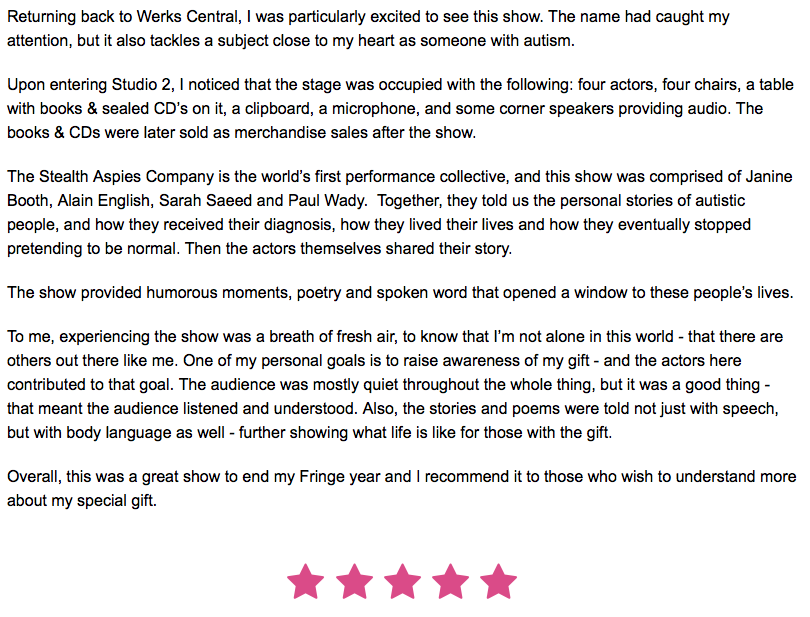 TO GO WITH THE BADGES:

Crazy isn’t it?  Click on here and the image for Ebay.

Yes, the American Horror Story font NEUROTYPICAL PEOPLE SCARE ME is now available, on sweatshirts too.  All on my Ebay. Click on the images for everything going please.  Postage discount deals on bulk buys.  🙂 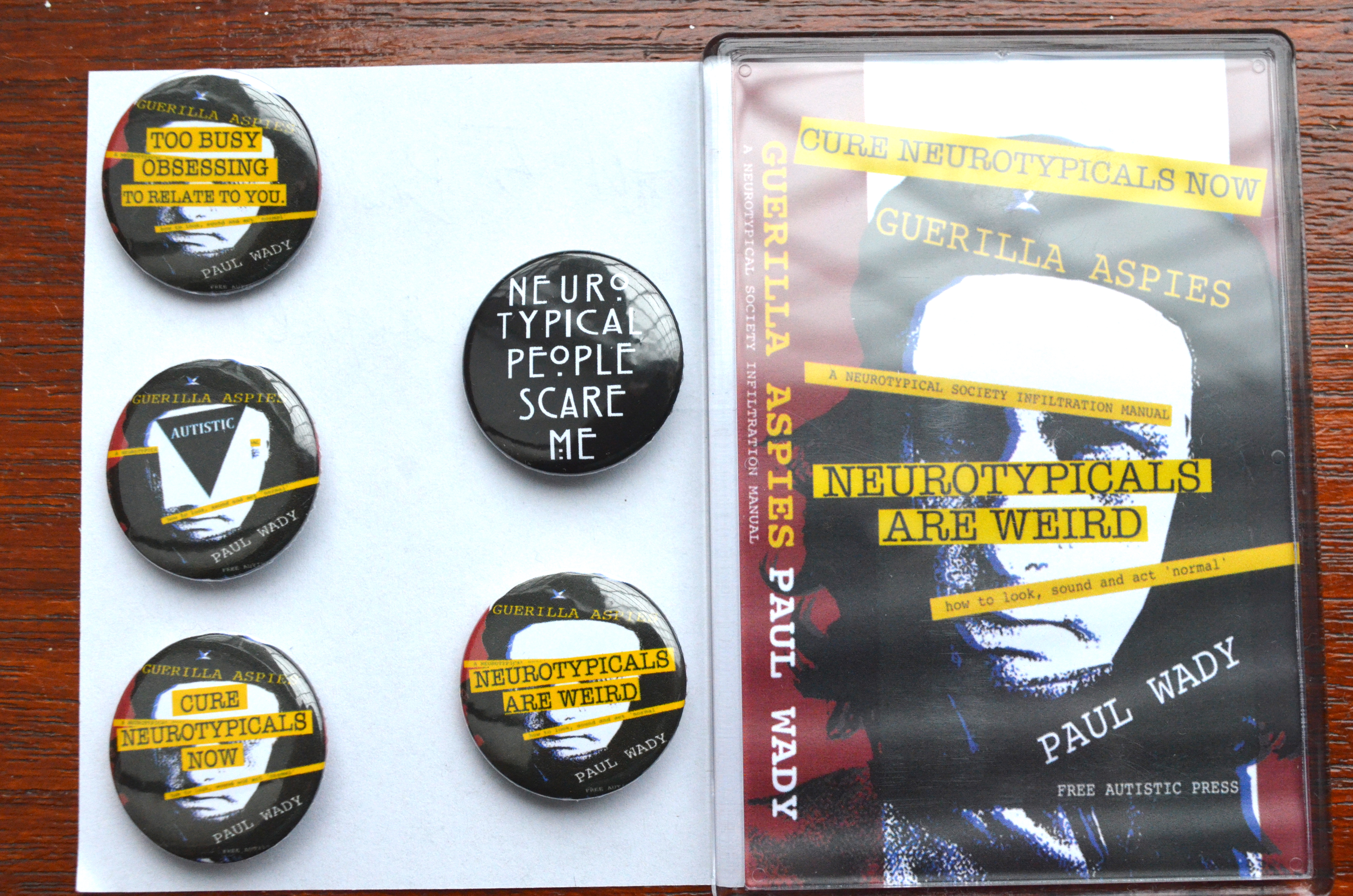 All the jumpers I had on sale have sold out.  More to come.

Hang on I will find  a photo.  We were invited to play the venue by the University Medical School who had a big day there.  Amazing to be on the same stage that Bowie, The Clash, The Strangers, The Beatles, The Rolling Stones and Frank Sinatra once used.  We did it the Aspie way…

Solo and company shows both on

the Pelirocco Hotel this year, 2018

Great venue, great times.  I literally set my jumper on fire and have film proof.

FILM AT LAST.  EXCERPTS FROM THE SHOW.

THE STEALTH ASPIES SHOW GOT A FOUR STAR REVIEW.

Here it is.  Sadly it fixates on one member and not the team effort of the four of us,

which is the real show.  We have no director, merely work it out between ourselves.  Janine Booth and son appeared with us and were both great and unique in their own right. 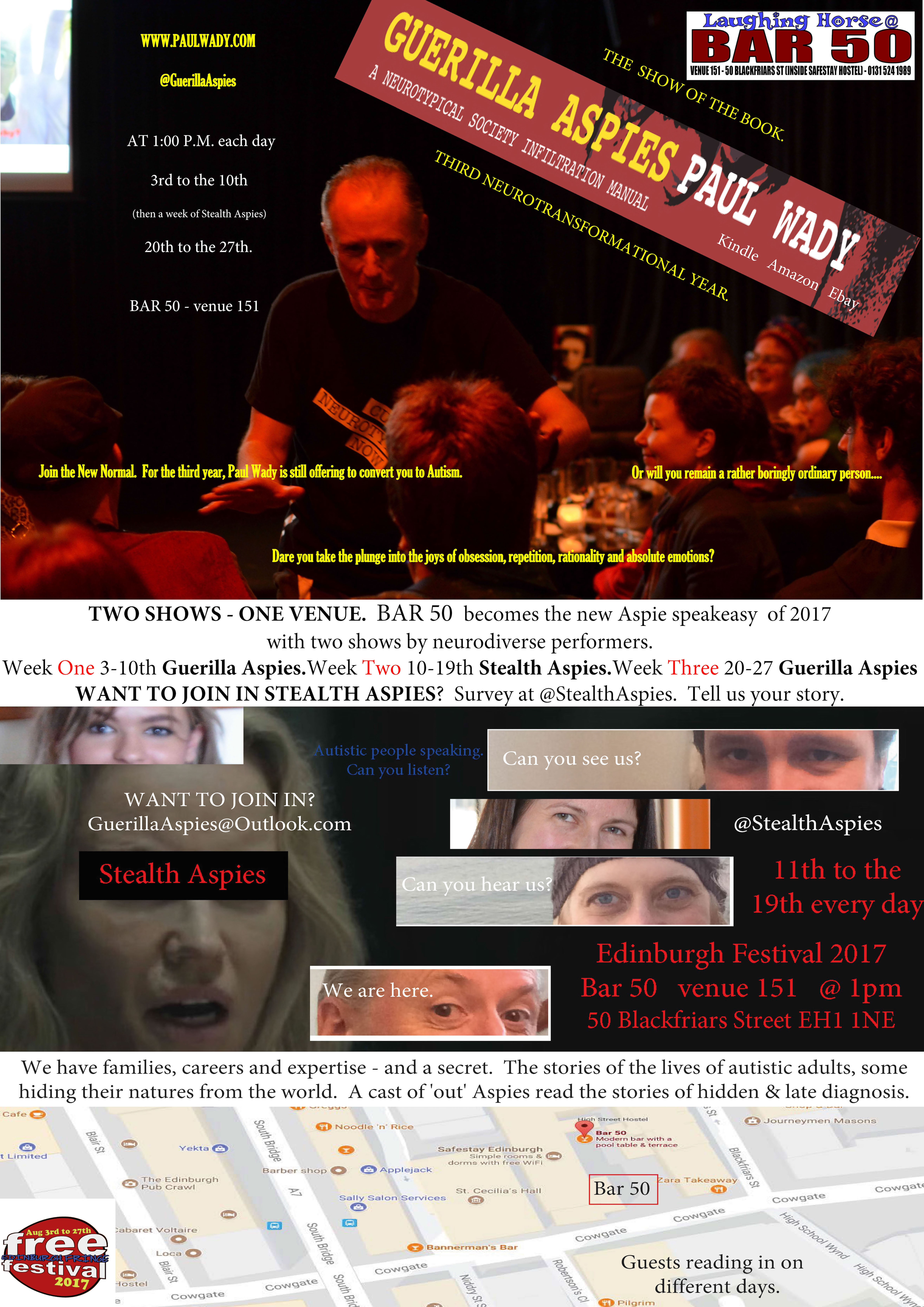 The show was an ensemble piece based on the two surveys below.

Come to the future show

The second Stealth Aspies show took place upon the 27th July and went well.  Well well.  Thanks to Jason Why for hosting us and introducing us and everything.

Janine was the one person who suggested to John McDonnell that there be a neurodiversity manifesto for the U.K. Labour party and went on to co author it.  Thus establishing the UK as the first on the planet and in history to politically represent our kind to that extent.  HERE IT IS and ON FACEBOOK

Click on ‘ere and the picture for Jason Why’s film.

YES, I HAVE STARTED RECORDING THEM.  OH, THE JOY OF MY OWN VOICE ALONE…

What else have I been up to?

I spoke at the Shy Radicals book launch at the DIY Cultures event, May 2017.

Click on the image and here for film of my speech. 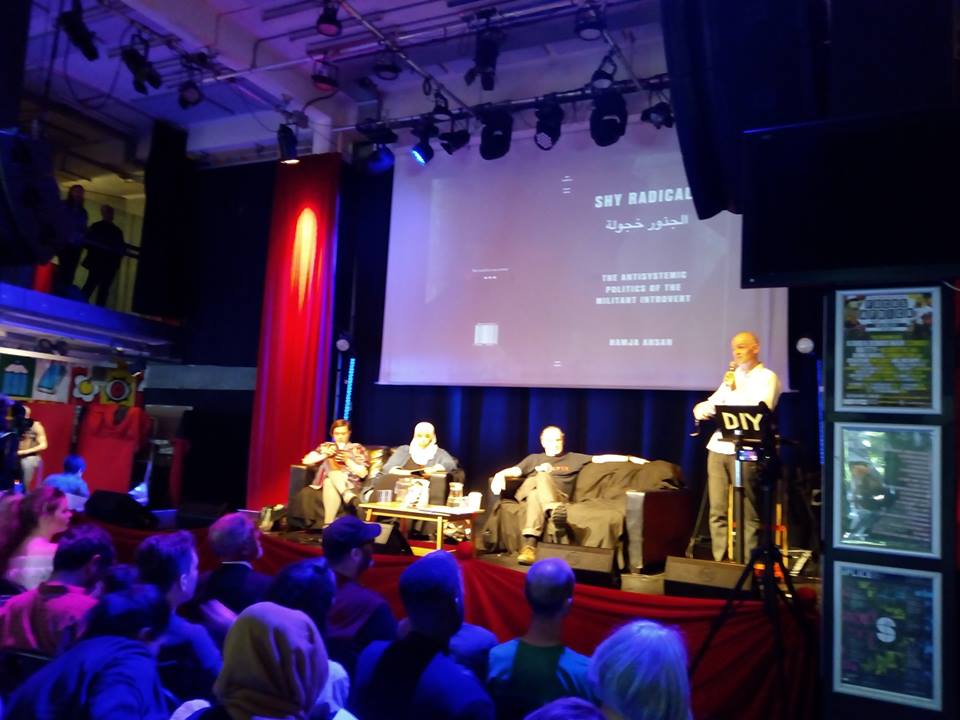 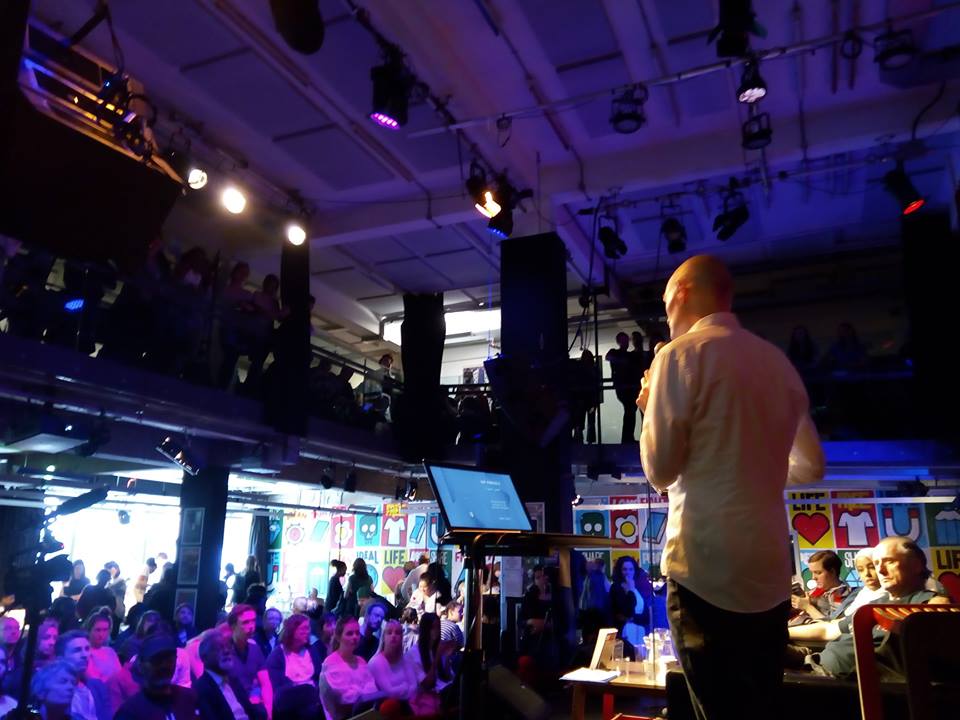 Hamja Ahsan, author of Shy Radicals, The anti systemic politics of the militant introvert, invited four of us to talk at the DIY Culture event in Bethnal Green, sunday the 14th May 2017.  Film was made of my explaining the history and concept of the Guerilla Aspies book and show, which stands both as an explanation and a reporting in, 3 years into it all.  The film is to be seen here. 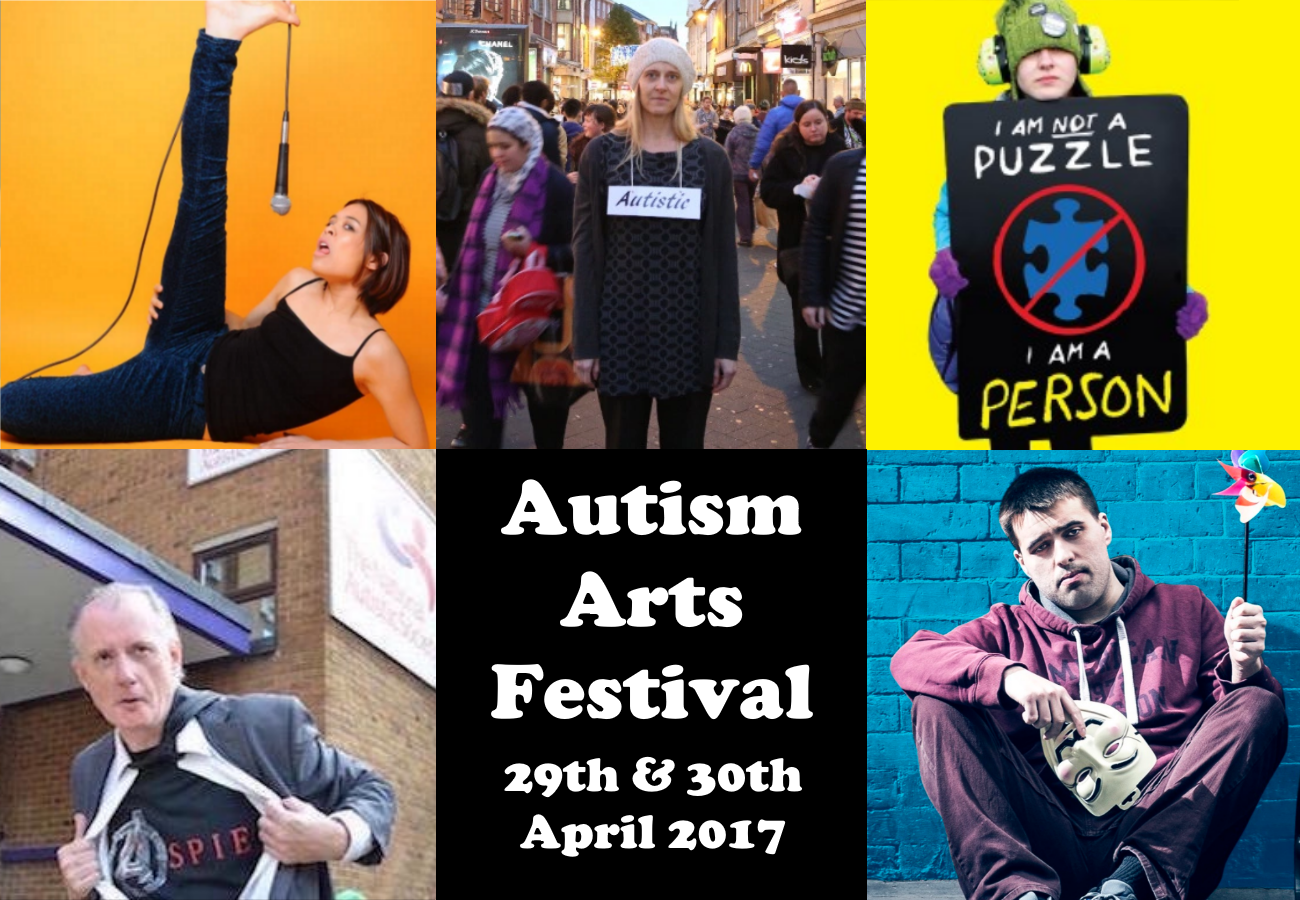 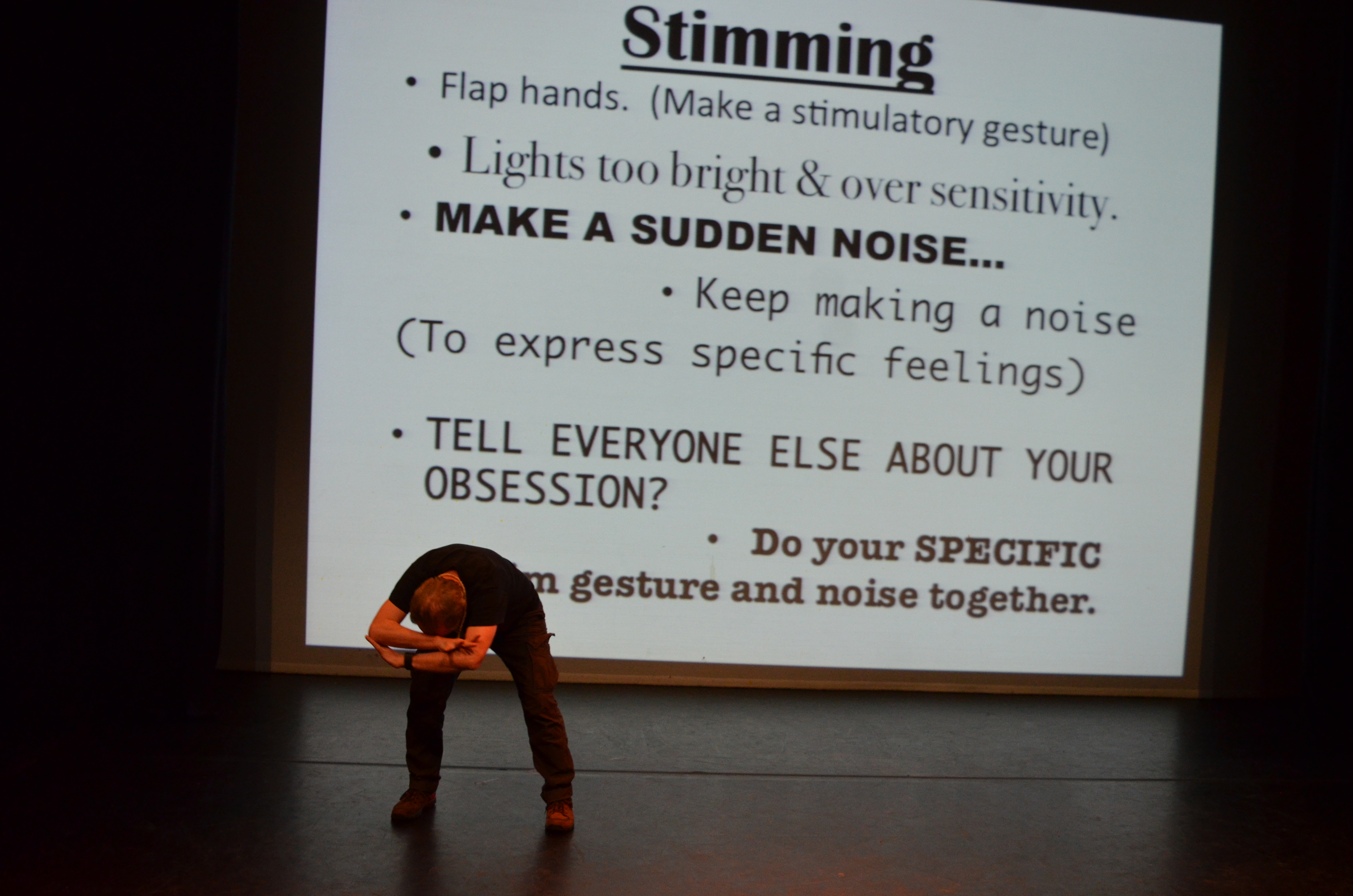 I played the first ever UK Autism Arts Festival.  We were able to see all the shows currently in existence in the UK, 29th – 30th April. Canterbury University Campus.

THE PERFORMANCE THAT CHANGES THE VERY SOULS OF IT’S AUDIENCE INTO AUTISTICS?

Have a look a the YouTube links below then? 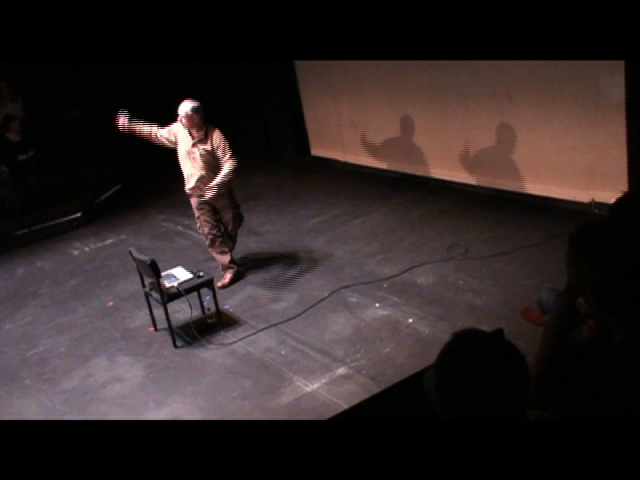 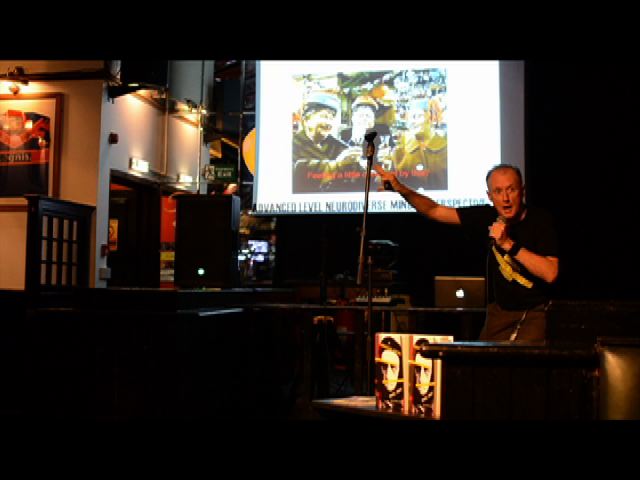 Do not be afraid gentle seeker.  You merely have to place your pointer upon the images above

and you will be transported to a magical land of performances. 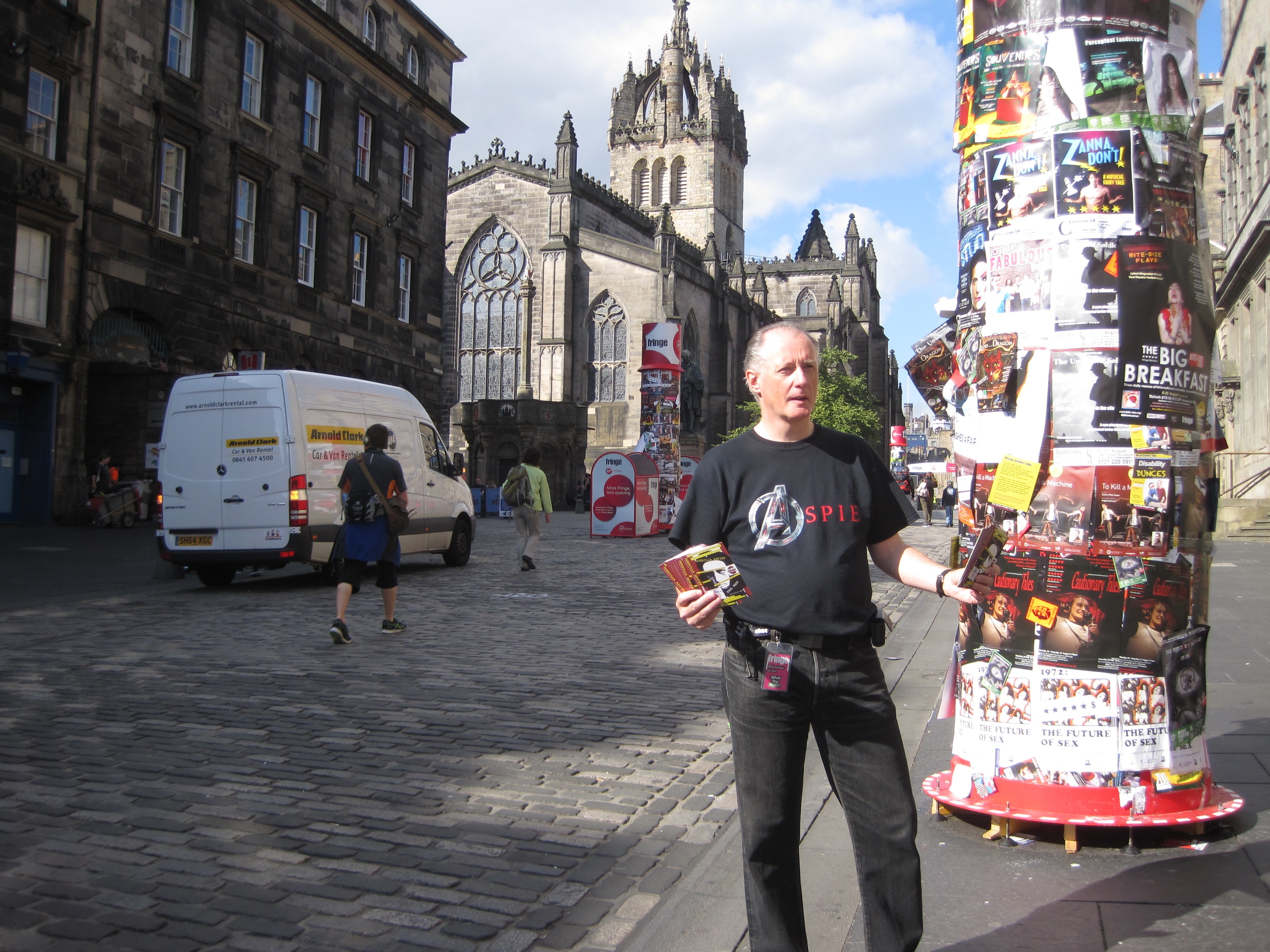 Click here for the pictorial show blog, which charts the history of my stage ravings.

(If you heard the song in my Guerilla Aspies show, here it is).

Lots more on my channel.

Have a look at this page for all the links?

I have two albums out now.

One free and one you pay for and get a big granny PDF booklet full of images and writing. 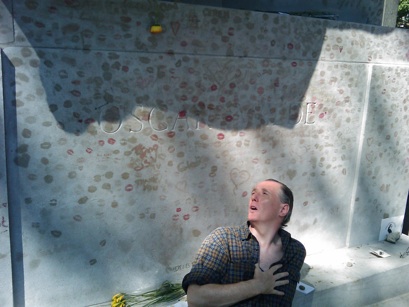 For 5 years my pal and I attempted to make the most profound, insightful and inquiring music ever heard. This will be available on these links shortly.

I was in the Guardian.

Well of course I was in The Guardian?  This explains how I got diagnosed at the age of 41.

The kinda company I keep.

I am very proud of this image. 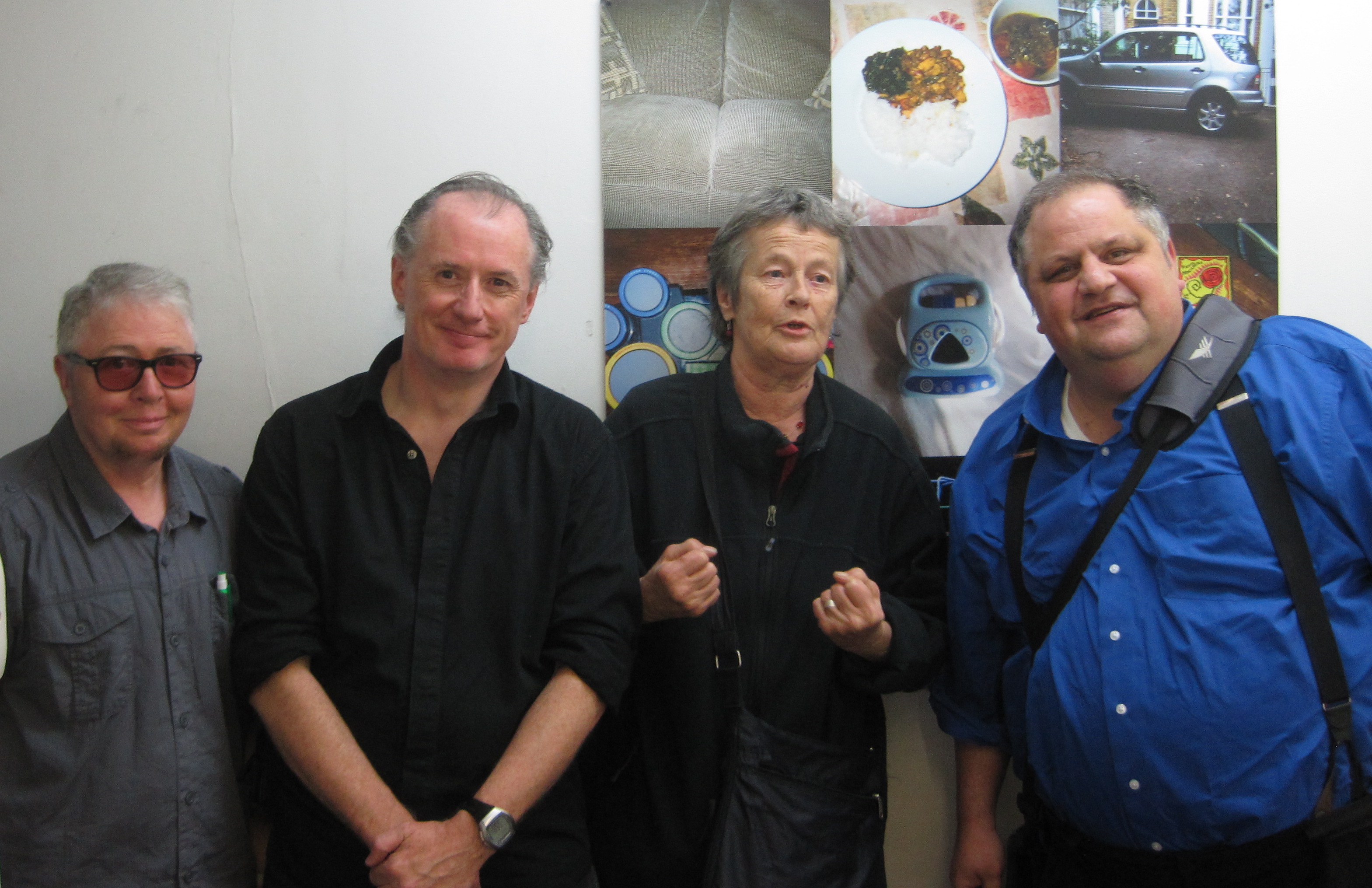 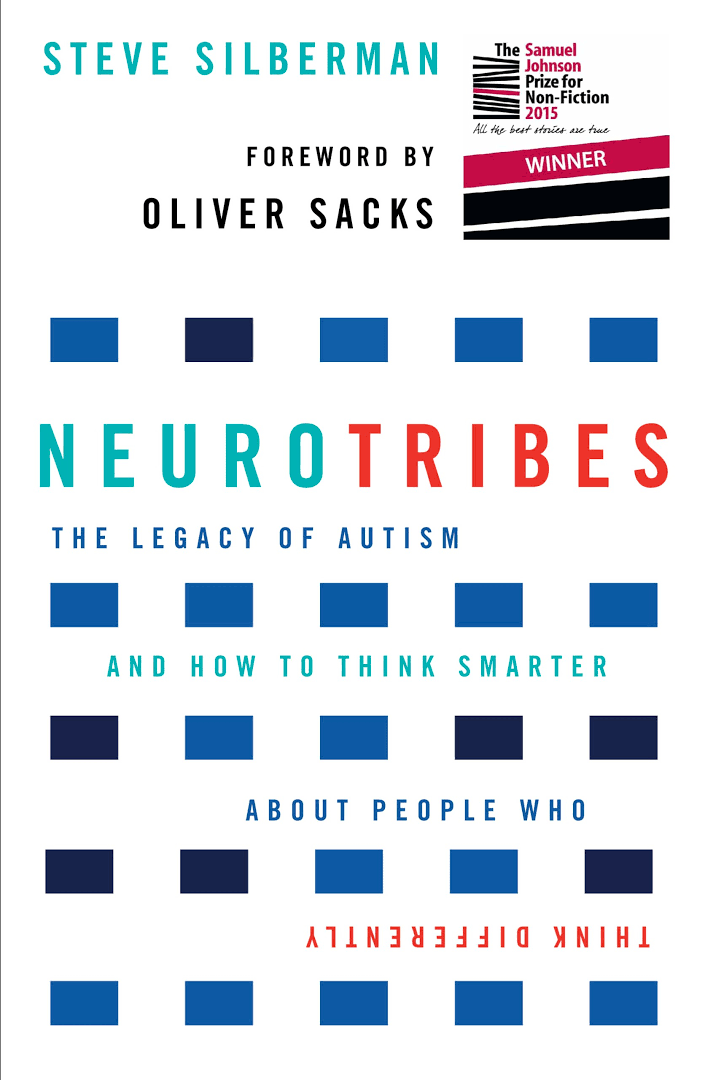 This is a better blog than mine.

For some really wonderfully well written experiences of being autistic,

this is one of many people doing a great job of it.

This fine young man has done very well too?  Great films and writing.

(Always trust a man who owns a dog).